I once was trapped... 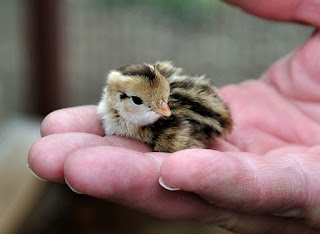 The SUV's hazard blinkers were the first indication that the car I was approaching from behind was up to something unusual. I squinted into the sun light in an attempt to understand why the vehicle was parked at a stop sign. The traffic was practically non-existent so that couldn't be the cause of the delay and there was no smoke or flat tire to indicate car trouble.
I came to a stop behind the rusted out silver SUV just as the driver's door opened and a woman practically jumped out of her seat. She was a woman on a mission. At first I thought a Chinese fire drill was underway but a second person didn't appear to switch driving positions with the frantic woman. Instead she rushed to the back of the car, right next to the passenger rear tire, and crawled half of her body underneath the vehicle.
By this point I was bewildered. This was a first. Never before had I ever seen an individual crawl underneath their vehicle at a stop sign. I suppose I could have pulled my car around the parked vehicle to continue on my journey without delay but I was transfixed by what this woman was up to. It didn't take but a moment for me to find out.
The woman scooted herself out from underneath the car and popped back up with her hands clasped in front of her. She looked back at me, seeing me for the very first time. She must have known this was an usual scene because she raised her locked hands up towards the sky and nodded her head towards the feathers sticking out from in-between her fingertips.
It was a baby bird.
Amazingly enough the bird was alive. I'm not sure how, since it appeared that the woman had actually run over the fledgling fowl, but the movement within her hands was undeniable. There was life and breath in that bird.
The woman ran around to the driver's side of the car and opened up the SUV's back door. Carefully yet gingerly she placed the bird on the seat. With a wave and a smile the woman bid her farewell, hopped back into the driver's seat and drove off.
And that was it.
As quickly as the scene began, it ended and the bird rescuer was out of sight but ever since witnessing her bird rescuing mission I haven't been able to get it out of my mind. Her concern for the little bird was written in the panic on her face. She risked angering other drivers or possibly even being hit by a distracted motorist for the sake of a baby bird who, for all she knew, could have been dead. But she didn't let that deter her from trying to save the injured animal.

In the woman's act of devotion and determination I saw a beautiful picture of the ultimate rescue mission carried out by my own Savior, Jesus Christ. From His heavenly throne I must have looked as fragile and helpless as that little bird, trapped under a weight of sin so great it could never be measured in pounds or tons. I was as good as dead, crushed by eternal death.
What man would come to my rescue? Who would stop everything and come running to my aid? Who would make my survival their mission?
The Lord and Savior, Jesus Christ.
The perfect Son of God looked down from heaven and saw me trapped in a state of sin that was chocking the very life out of me. Frail, fragile and helpless as I was, He looked down from the glory of Heaven, loved me and came to save me.
Christ knew I had nothing to offer Him in exchange for His redemption. I could not aid in my rescue or lend a hand in my salvation. Without a spotless Savior I was doomed. Without deliverance I was destined for eternal death.
But Jesus, full of grace and unmerited mercy, stepped down from glory to sacrifice everything and save a trapped wretch, like me. He came down from Heaven to the lowest place on earth sin order to reach me and rescue me from sin's entrapment.

Hallelujah what a Savior who came to save a helpless birdie like me!
Once trapped, now free.
Once doomed but now safe for eternity!

Posted by Stephanie at 4:34 AM