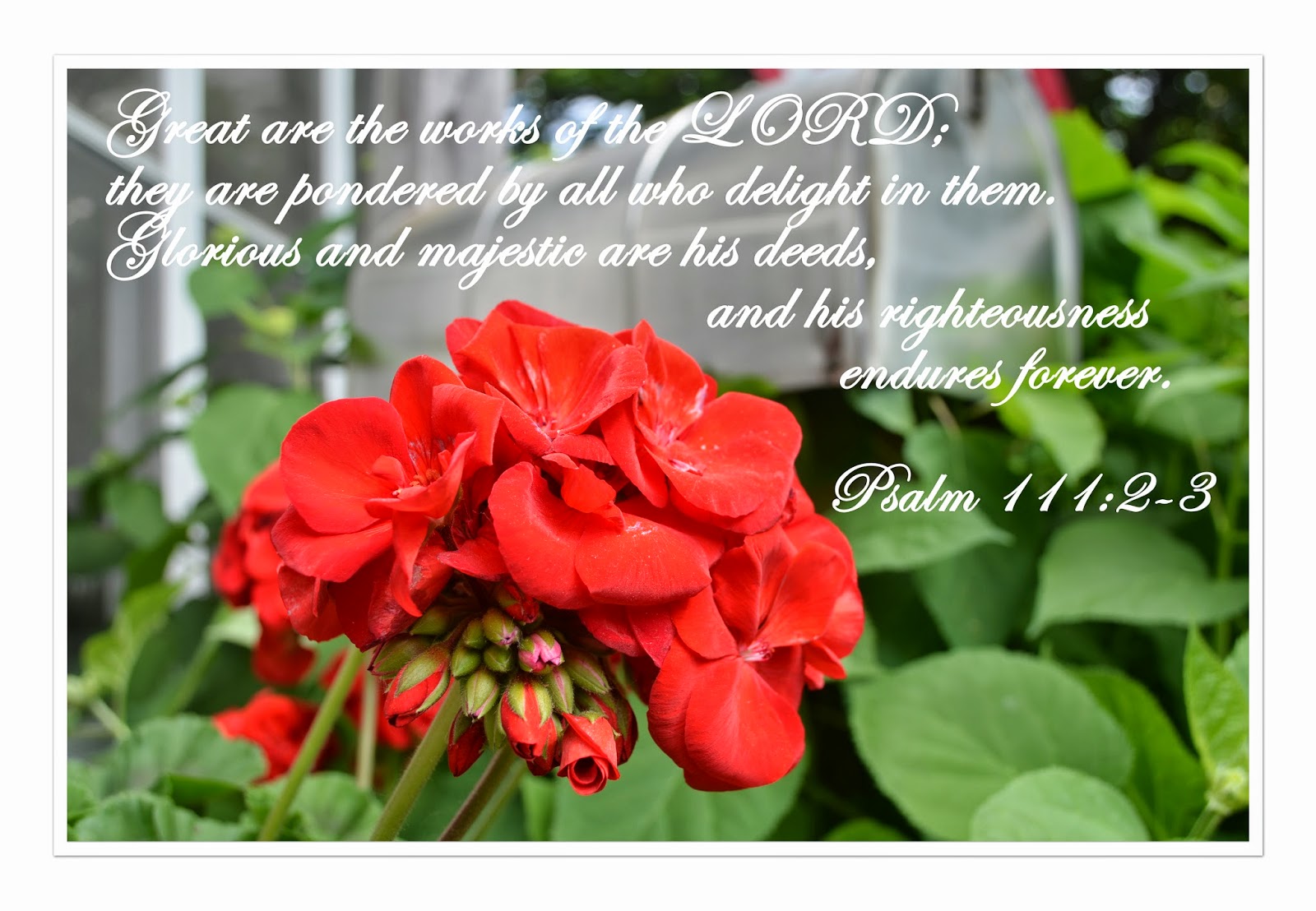 Posted by Stephanie at 4:10 PM No comments:

A tug on the heart

I woke up once again with a fierce spasm in my leg and, to my great discouragement, my arm as well. This thorn in my flesh, or more accurately spasm in my muscles, has caused me more frustration than I can possibly express in mere words. The unexpected tightening of muscles in my left leg and left arm has brought me to tears. The pain has been so acute that I've struggled to find the will to walk. Moving has been a matter of mind over matter, or mind over pain.
This morning was one of those mornings. It has been over a month since I've experienced the spasm of my delicate muscles. They have remained still and at rest since I began oxygen therapy over a month ago. With the "breath of God," as I like to refer to it, has come the relaxing of that debilitating tug on my extremities. But last week I couldn't go to as many sessions as I would have liked and my little body has felt the effects of less oxygen. Who knew that just an hour less of God's great oxygen could undo so much positive progress?
Instead of being frustrated at the regression, I am choosing to be thankful for the discovery of this therapy. Now I know that there is a mode of treatment that can indeed help me. I now know that it is worth continuing.
Tomorrow I return to the oxygen chamber and to the blessing of healing but until then I am going to thank God for the tugging on my muscles. Yep, that's right, I'm going to thank Him. It may seem odd to praise God for pain. Doctors are visited and aspirin is taken to get rid of pain but today I am not going to try to escape the pain caused by this spasm. Today I am going to thank God that He knows the intricate working of my petite body. He is fully aware of the nerves and cells that are communicating to the ligaments and muscles in my legs and arms. He knows what messages my brain is sending and which messages aren't being sent correctly. And thankfully, He has designed my body to be resilient. No matter how many times my muscles flare or arm spasms God has proven that He can restore my body to proper functioning. Time and time again I've seen Him work miraculously in my body and prove to be a great physician.
So, why would I complain or worry when I have a day when things aren't working just quite right? Has God suddenly lost His ability to fix my broken body? Is He no longer the Master Physician?
No, God is still all-powerful. This tug on my muscle isn't here to stay and it isn't here because God has forgotten me or can't heal me. Maybe it is here because God wants to remind me to look up to Him. Could it be that this tug is His pull on my heart, drawing my gaze back to His loving, smiling face?
When I feel the pull of a tender muscle radiating through my leg and even up into my arm I am reminded that God is constantly tugging on my heart, pulling me in closer to Himself.
"Come near to God and he will come near to you…" (James 4:8).
God is bidding me to come near. If I heed the call and draw close to my Sustainer He is right there, just waiting to be found and ready to give me strength. My muscle may be flared and my arm may be suffering from severe spasms, but the greater pull is the pull of God. His tug can overcome any pain that my physical body experiences.
This morning, as I reflect on the state of my body and what could be seen as a step backward in my healing, I will see nothing but progress because I am not looking at my leg. I am looking at my Savior and He is pulling on my heart, calling me close and drawing me near to His side as He says, "I will never leave you nor forsake you." 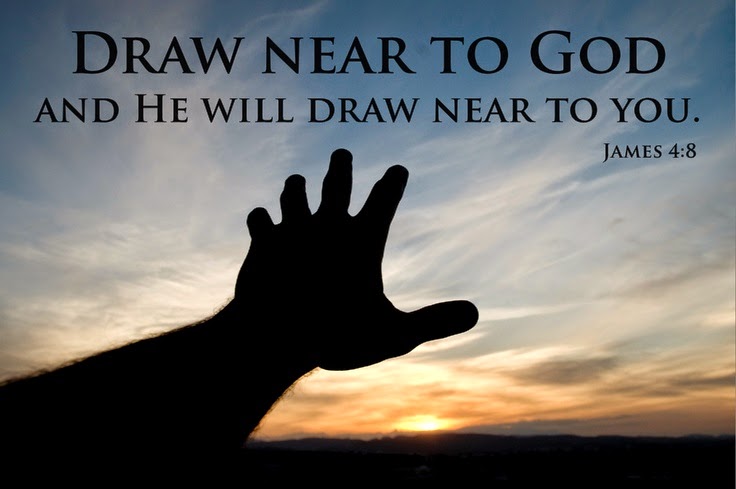 Posted by Stephanie at 6:56 PM No comments:

I woke up this morning with the words "highly favored" running through my mind. Nothing more. Just the simple affirmation "highly favored" accompanied by an unexplainable serenity. I was overwhelmed by a peace that truly passed my limited understanding.
"Highly favored"… the words didn't come in an audible voice or a burning bush. This wasn't a Mary moment complete with my own angelic messenger. That would have been quite an experience, albeit a shocking one! Can you imagine Mary's surprise when she was greeted by an angel? I probably would have pinched myself. The New Testament record doesn't give account of such an action taken by Mary but it does hint to the fact that Mary was scared. The angel must have seen the fear written on her face because he told her, "Do not be afraid, Mary." (Luke 1:30). A jaw dropping moment to say the least, I'm sure. Not only was Mary looking at an angel but she was hearing him say her very name!
But before that angel ever called her by name or comforted her anxieties, he spoke to her with words of love and affirmation, "Greetings, you who are highly favored!" The angel came with a message from above, calling Mary by name, aware of her fears and knowing the condition of her heart. She had a spirit of obedience that had found favor in the eyes of God.
The angel went on to tell Mary that she would be the mother of the Son of God.
Simple, just give birth to a baby. Women do that all the time. The rest will be a piece of cake because He's God so He'll be fine. No big deal, right?
Wrong. This was in an age when a pregnant unmarried woman would not have been welcomed with open arms. Her punishment would have been severe - far worse than a big red scarlet letter. She could have been subject to death.
Was Mary feeling highly favored in that moment knowing that she would be with child yet without a husband? In fact, she would be with child and with a fiancé who knew he was not the father of her child! Talk about doomed.
One moment Mary was just a simple, quiet girl, not even what we would consider yet a woman by today's standards. The Bible doesn't even talk about her life before her encounter with the angel. She hadn't done any great works written up in history books. She wasn't of royal standing. She was just a young Jewish girl from Galilee.
Yet, the angel told her she was favored. And not just favored but highly favored. In her simple home, going about her quiet life, Mary experienced something incredible. She experienced the favor of God and a critical role in the salvation of the world. God used her to bring one small, delicate child into the world. That one little boy, Jesus Christ, was God himself and would go to the cross to redeem a world full of lost sinners. And He was brought into the earth through the body of Mary - a young, highly favored woman.
God favored Mary highly and chose her for a wonderful part of His master plan. He protected her from the threats of the authorities and laws of her day so that the mission of delivering baby Jesus could be accomplished. He sent an angel to calm her nerves and deliver a miraculous message. This young woman, nothing much by the standards of the world, was a highly favored treasure to God, chosen to be the mother of His one and only precious Son.

This morning as I heard the words "highly favored" I was reminded of Mary and her obedience. Her life was simple but God used it for something spectacular. Despite logical reason to fear, Mary cast off anxieties and submitted her life to God's will. Through her obedience the Son of God was brought into the world. Not too shabby for a young girl just going about her daily routine.
Isn't incredible how God works? He takes the unassuming and turns it into a story of His greatness. When you and I are obedient and surrender our lives to God's will we, too, can experience the unmatched favor of God.

Posted by Stephanie at 4:57 AM No comments: