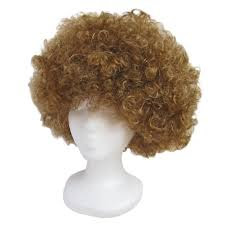 For as long as I can remember my Dad has been bald or has been in some various stage of balding. My Mom assures me this has not always been the case. He used to have a full of head of hair but one night in his forties in up and left. It hasn't been seen since.
In the absence of his own natural hair my Dad invested in a very fine "toupee." In other words, a man wig. And actually there were two of them. They were mousy brown and slightly resembled squirrels when laying limply on the bathroom counter. These toupees were a fixture in our home worn atop Dad's bald head. He was never seen without his fake hair. He used to say that he couldn't change the fact that he was bald but he could do something about it.
For many years his toupees were his "something to do about it" until one fateful evening when not even man wigs could save him from a hairless reality.
Dad was out of town, traveling on the road for work. Atop his head he wore only his trademark navy blue hat. Both of his toupees happened to be packed in his luggage that was resting in his truck's backseat. In the evening he stopped at a Ruby Tuesdays and ate dinner unaware of the robbery underway in the parking lot.
When Dad returned to his truck the windows were shattered and the backseat was empty. The restaurant bandits had made off with his luggage containing all of his necessities, a Bible and both of his very fine, very beloved toupees.
By a miracle of God, and the strength of a wife's will, my Dad never replaced those toupees. He finally looked in the mirror and faced the facts: he is bald. He has been bald for a long time and, this side of heaven, he will forever be bald. And finally, that became okay with Dad.

Now I'm going bald, too, and I'll confess, I've visited wigs.com. I've perused some very fine wigs and previewed various colors and styles. Like Dad used to say, I can't change the fact that I'm balding but I could do something about it. If I go bald, I could buy a wig.
Or if I go bald, I could accept my hairless reality and claim it with confidence. I could choose to embrace "bald" with joy. I could cast off wigs and every concern about losing my last vestige of femininity. I could decide to step bow before the cross of Christ and be untied with the bounty of His eternal beauty and grace.
Since the woman God is concerned about is the woman within, I'll pass on buying the wig.
Posted by Stephanie at 5:27 PM