Lunchables and Life in 1999

Today I made a routine stop at the gas station to refill my car's empty tank. This is usually an uneventful occurrence and today was no exception. As I watched the screen click by in gallons and dollars I decided to play the fill up game. You know the one where you pick a dollar or gallon amount and challenge yourself to stop the flow of gasoline at that one particular moment on the pump's digital screen? The "stop on the precise cent" gas pumping game has no reward but I'm quite sure that most every adult plays it. I play it nearly every time I get gas and nearly every time I lose.
Today I chose to stop the fueling ritual at "$20.00." I watched the screen like a hawk with my hand gripping the lever, prepared to release the latch at the perfect moment. At nineteen dollars I slowed down the flow of gasoline. I judged the fueling speed as I counted down. Three, two, one. Release.
On the screen I saw defeat. "19.99." So close but yet so far.
When playing the fill up game this is normally when I go for the fueling equivalent of a Hail Mary pass by attempting to swiftly pull and release the gauge with such precision that only one cent worth of gas releases. I almost never succeed in my feat and today I didn't even go for such a play. The moment my eyes looked upon the numbers 1-9-9-9 I knew the game was over. It was supposed to be over because 1999 was, today, precisely where I was meant to stop.
When I gazed upon 1-9-9-9 I didn't see dollars and cents. I saw a year; my ninth year of life. In 1999 I was in the fourth grade. I remember that year well. It was, in many ways, a challenging year for me. It wasn't the school work that created a problem. It was the feeling of being alone.
In 1999 all of my friends were in other classrooms. That was tough enough during math, science and school projects but it was at its worst during lunch. Since the seating in the elementary school cafeteria was separated according to classroom no friends in class meant no friends at the lunch table.
I remember eating at the end of the table, feeling like an outcast as I munched on my Lunchables. I could see my friends across the cafeteria but I couldn't sit next to them. I couldn't join in their conversation or share in their laughter. I could see companionship and belonging but it felt a world away.
I've done a lot of growing up since 1999. I no longer eat Lunchables and I don't get my meals from ladies in hair nets. Adulthood has freed me from the cafeteria of my childhood but it hasn't freed me from feelings of loneliness. I often feel just as alone as I did as a nine year old girl.
Being trapped in a body plagued with MS, a condition that is so hard to explain, can be utterly isolating. No one can see the pain and torment gripping my body. No one can truly know the toll on my spirit caused by a malfunctioning body. There are days I feel just as removed from companionship and alienated from the world as I did during fourth grade lunch.Today as I reflected on my loneliness of 1999 I realized that it is not so different from my loneliness of today, in 2017. But there is one glaring difference.
Now I know the truth. I am not alone and never have been.
In 1999, as a young girl, I didn't understand this truth. I didn't see that God was right there with me at the lunch table. God never missed a day or skipped a lunch. He was never absent and never even dreamed of going to sit at another table. God was there with me for every Lunchable and every soggy chicken pattie. As a vulnerable nine year old girl I never looked up to behold His presence. I didn't reach out to Him to keep me company.
But today, in 2017, I see that God was with me then and He is with me now. In my physical struggles, pain and suffering God has been present as my comforter and sustainer. He's never missed a single spasm or flare up. During every hot flash He's stuck by me. God has never let me endure my pain alone. When I've cried, God has been there. When I've laughed, God has been there. When I've had bad days, lamented my lot in life and begged for it all to end, God hasn't even contemplated switching tables.
God has and always will be with me. From the gourmet meals to the worst of the cafeteria offerings; from the highs to the lows of my physical condition. God is always there as my companion and friend. I am never alone because God takes a seat right next to me at every table. 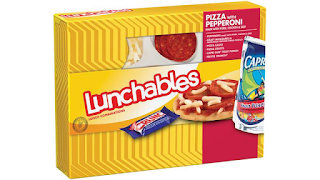 Posted by Stephanie at 4:20 PM