You've probably heard that MS stands for "Multiple Sclerosis." According to the medical books, you heard right. But I'm here to tell you that the medical books don't tell the whole story. MS stands for something more than an autoimmune disease. MS is more than an abbreviated label for a collection of symptoms. MS stands for something far more powerful than physical dysfunction.
MS is short for Mighty Strength.
I know what you're thinking. People with MS don't seem to be very strong. Aren't their bodies fatigued and weak? Aren't some in wheel chairs? Don't their eyes lose the ability to see?
For some of us with the variety of symptoms known as MS those assumptions are true. Some of us are physically slower. Some of us get dizzy, see spots or lose our vision entirely. Some MS warriors are in wheelchairs because of limited mobility. Some have spasms in the muscles beneath the surface of their skin and suffer invisible symptoms no one can see.
But all of the physical limitations that are part and parcel of the medical dictionaries definition of MS don't capture the greater meaning of those two little letters. MS is the title for a warrior. On the uniform of the soldier with multiple sclerosis is a badge of honor designating their mighty strength as a fighter. Because they are fighters. They have to be. They wouldn't be here if they weren't fighting like hell to hold on. To survive. To thrive in the midst of every obstacle, every encumbrance and every setback.
You see, MS is an everyday battle. The enemy is sneaky. He pops up when you least expect him with new weapons and tactics that are shockingly clever and all-too often, all-too devastating. The threat of a relapse is always right around the corner. A new set of symptoms lurks somewhere in the darkness like a land mine just waiting to detonate and destroy.
But mighty strength keeps the warrior fighting even when the enemy strikes. They fight with medicine, therapies and sheer will. They keep waking up and suiting up even when the odds are stacked against them and the future looks bleak. Physical attacks, emotional turmoil and bodily warfare are all in a days work for the mighty strong warrior.
What the medical books won't tell you is that MS is a war to be fought, not a threat to be managed. Multiple sclerosis challenges the human spirit and attempts to strip its victim of peace and joy. But what the symptoms can take away physically they can't touch spiritually.
Out of spasms, muscular weakness, fatigue and vision loss comes something far more powerful than every text book symptom of the MS autoimmune attack. A new kind of MS arrives to the fight - Mighty Strength. God infuses weak bodies with fierce spirits that won't lose faith in the future and hope in tomorrow. The MS warrior looks the enemy in the eye and refuses to surrender.
Multiple sclerosis isn't a death sentence and it isn't sure defeat. It is a challenge. MS is a catalyst for mighty strength and for the fighting spirit to flourish.
So next time you meet someone with MS remember who they are and what they are. They are a warrior. And a mighty strong one at that. 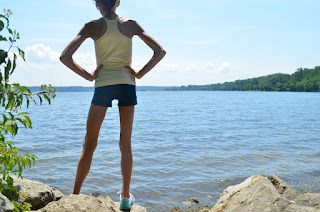 Posted by Stephanie at 3:36 PM