Plight of the Plumpkin

Healthy food is one of my passions. I love to read about it, eat it, shop for it - you get the point. I'm a health nut. White sugar hasn't passed my lips in well over a year. I don't condemn the sugar lovers, I just don't enjoy it myself. I love whole foods, straight from the ground if possible. The less fooled around with, the better.
Today the weather was less then summer perfection. It rained non-stop and barely hit 70 degrees. Pippy and I were stuck inside, longing to get out and move around. I was getting fidgety, stuck inside just wishing it was bright and sunny. I was longing for a bike ride. When the rain wouldn't stop I knew I had to do something with my energy. So, what to do on a rainy day? Well, bake of course - for my dog.
Pippy isn't much of a food lover. "Beggin' Strips" commercials would have you believe that every dog is a mouth watering machine that is always on call for the scent of bacon and a lit grill. Not my dog. Burgers have been grilled in her presence and she has barely glanced in the general direction of the lingering aroma of beef and melted cheese. Steaks have grilled to perfection and she has paid them no mind. She isn't food driven. I think she would live off of air if that was an option. Yet, my Mom bought me a recipe book for dog treats and I wanted to put it to good use. So, off to the store I went to pick up an array of flours that I didn't have on hand.
I settled on creating "Plumpkins", a pumpkin and spice cookie. Pumpkin is nutritious, yummy and smells delicious. What dog wouldn't want to snack on that?
My dog.
I mixed up the recipe with extra care, double checking my measurements and ingredient list. I set a timer to foolproof no burning of my little pumpkin treats. I wanted perfect Plumpkins!
And the result?
Cardboard. Round cardboard.
I was hoping they would taste better then they looked. After allowing them to cool, as directed by the recipe, I attempted to feed one to Pippy.
You can guess where this is going. She took one look at the cookie, then at me, then walked away. I wasn't giving up that easily. I followed her. I baked for her! Darn it, I want her to try it. Show a little appreciation for the effort at least. Finally, she put a little in her mouth. Then procedded to spit it out on the floor.
Well, there you have it. The cookies were an utter failure. 24 uneaten Plumpkins prove it. 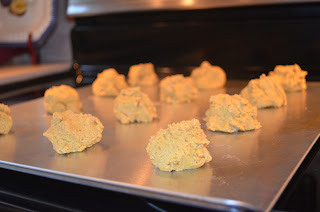 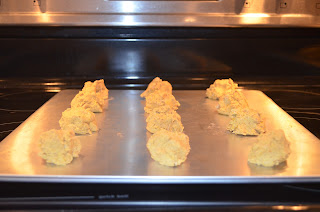 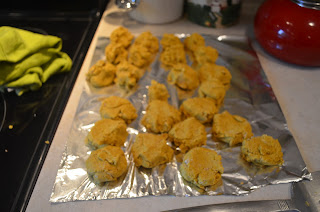 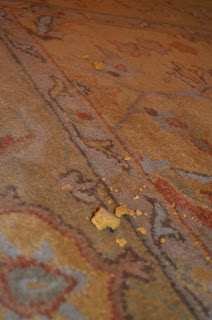 If she weren't so cute I might be annoyed with my wasted efforts. But it's the thought that counts, right? 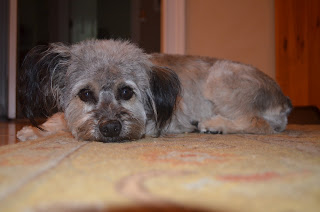 It finally stopped raining and Pippy and I were able to get out for a walk. As we walked toward the door Pippy spotted a fly trying to break free from the house. This immediately caught her attention. She watched as that little guy buzzed around, taunting her with his high pitched sound and fluttery wings. But he was at eye level and Pippy was suddenly hungry. She reached her paw out, pulled the fly to the ground with ninja like precision and ate that little sucker. Maybe I should have made fly cookies.


The cookies may have been a bust but at least I was able to make myself a tasty treat. This was better than Starbucks - and cheaper too! 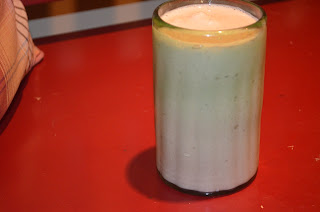 1) Combine it all in a blender till it is a frappuccino consistency.
2) Enjoy :)
Posted by Stephanie at 5:25 PM

Email ThisBlogThis!Share to TwitterShare to FacebookShare to Pinterest
Labels: recipes