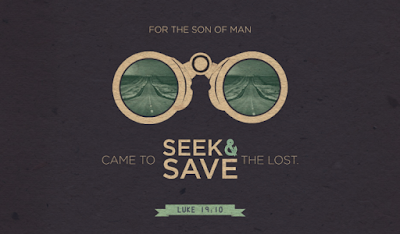 The memory flashed before my eyes as clearly as if it were happening in the present day. While stopped at the very same stop sign where I once witnessed a bird being rescued from beneath an idling car the nearly forgotten remembrance flashed before my face.
When the incident first took place years ago I had to squint to make sense of the scene. The car in front of me was on but stopped and a woman was bent down, reaching beneath the back wheel. Without a moment's hesitation, she lifted something delicate - and feathered - up from the pavement. For a moment I thought my eyes must have been deceiving me but the woman's smile was confirmation that the rescue I had witnessed was real...and it was a success.
Years later, I still can't quite figure out how the vehicle arrived on top of that baby bird without crushing its delicate feathers. The tiny beings very survival has always been a marvel but greater still was the rescue.
Like a hero swooping down from on high the woman leapt from her car and into action. It was a miraculous rescue that occurred in the blink of an eye. One second the bird was trapped. The next he was free from danger, saved from sure death. In the protective palms of the anonymous rescuer, the little bird was lifted up in victory and placed in a seat of safety.

The image of the bird rescue remains as powerful a memory as the day it occurred. That little bird is a stunningly perfect picture of every hopeless, trapped sinner in desperate need of eternal salvation.
In every lost soul there is a precious, fragile birdie trapped beneath a car. The weight of sin and rebellion is so great it is a wonder anyone even survives. But greater still is the rescue.
Greater still is Jesus.
The mighty Rescuer, Jesus Christ, the very Son of God, stepped down from on high as the one and only life saving, eternal aid. Jesus left the glory and perfection of heaven in order to save His precious children, his beloved birdies. With His death on the cross, Jesus became the Rescuer for the lost. With His resurrection from the grave, He became the Redeemer and hope for every little birdie in the world. In Christ's Risen life God lifted every trapped sinner from beneath the wheels of sin and placed them in the safety of His eternal, heavenly seat.
God is faithfully traversing the roads of this world seeking the lost and in danger. With His Almighty hand He is reaching out to lift the lonely, free the captive and bring hope to the hopeless. With the Lord Jesus Christ, the Rescuer and Redeemer, God is saving with He who is greater still.
Posted by Stephanie at 1:41 AM