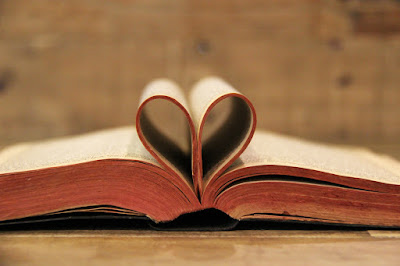 
http://www.jesustakethepen.com/yet/
Posted by Stephanie at 7:13 PM No comments: 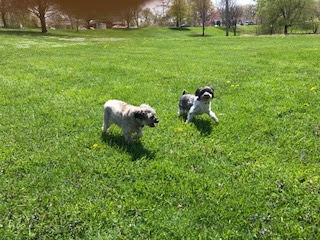 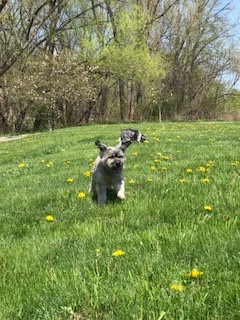 Pippy, Molly and I have moved but, do not fret, the writing will continue.
Join us on our journey with Jesus at Jesustakethepen.com.

Posted by Stephanie at 11:42 AM No comments: 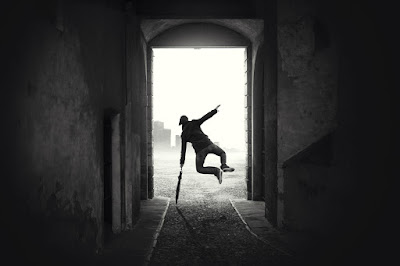 As hot water pierced the open cuts on my legs I let out a boisterous laugh. That’s when I knew, “I’ve been surprised by God’s joy!”
The bombshell breakthrough took place in the shower, where the best breakthroughs tend to occur. I stepped into the tub completely oblivious of the terror to come. On my legs open cuts have been forming and, as I soon learned, they don’t enjoy hot water.
The second I stepped into the porcelain tub the rushing water transformed into a swarm of bees. The fresh cuts up and down my right ankle and foot screamed in the heat. Shocked by the sudden stinging, I yelped in pain, resembling the sound of an accidentally stepped upon dog. Then, resembling something like a Mexican jumping bean, I hopped around the shower for a few seconds uttering phrases such as, “Golly gee!” and “Hot diggidy!”
After some creative maneuvering, I was able to position my right leg on the side of the tub, out of direct line of the shower’s head. The only trouble was that in such an awkward position I could not step or twist, both of which are quite helpful when showering.
In the not so distant past, this circumstance would have likely reduced me to tears or at least frustration. But not this time. Rather than causing me to cry the strange shower scenario catapulted me into a fit of hardy laughter.
The joy of Jesus swooped in to my shower and delivered me on the wings of uproarious comic relief. The delight of Jesus’ presence was enough to fill my heart (and shower) with laughter and joy in spite of the stinging pain. Once my soul was lifted up in laughter the physical pain did not need to be removed in order for true joy to be experienced.

Only Christ has the power to deliver sufferers from any and every pain, both inside and out. At His resurrection, Jesus removed the eternal sting of suffering and defeated the doom of death. He rose to render the sorrow and sadness of pain completely powerless.
Jesus does not assure His followers a pain-free life but, united with His glorious resurrection, they will be most assuredly be surprised by God's joy.


Though you have not seen him, you love him; and even though you do not see him now,
you believe in him and are filled with an inexpressible and glorious joy,
for you are receiving the end result of your faith, the salvation of your souls.
1 Peter 1:8-9
Posted by Stephanie at 12:50 PM No comments: 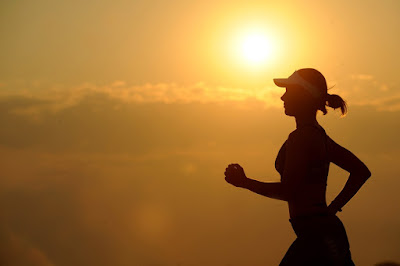 The navigational system stated its directions clearly but I wasn’t listening. I took an immediate right and headed east instead. I searched for a way to make my wrong into a right but there were no connecting streets and I couldn’t turn around. I was stuck taking the long route.
“Turn right in six miles,” the re-calibrated navigational voice said. The ETA added ten minutes and the total travel distance increased too but I before I had a moment to consider the lost time a vision of hope appeared through the glass of the car’s windshield.   Running on the right side of the road I didn’t’ intend to be taking I happened upon my runner friend chugging along.
My “runner friend” is an elderly gentleman who conducts his exercise on busy streets in town. His gait is stiff and every step labored yet he continues to move ahead. Rain, sleet and snow cannot deter him. He refuses to give up. He keeps running, defeating obstacles both inside and out. In all circumstances, my friend is determined to lace up his sneakers and run.

The wrong turn I made behind the wheel of my car added thirteen minutes and three miles to the total trip but infinitely more hope was added to my spiritual tank.
The vision of the runner pushing through his difficulty and pain inspired me claim the final victory in all circumstances.
And that’s just what I did.
Fueled by Christ’s overcoming Spirit and eternal hope, I claimed the victory over disease and defeat, laced up my sneakers and ran.

Turns out taking the long way was the perfect way for God to get me running again.

Posted by Stephanie at 3:58 PM No comments: 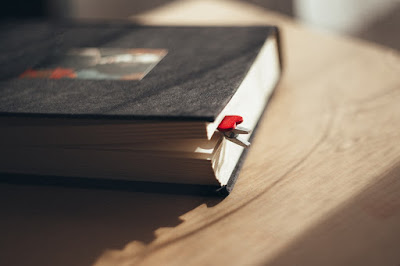 For eight years I have been praying to God asking Him to write the final chapter of my sickness saga. Earnestly, I have pleaded with Him to finally give me His words to pen a miraculous, inspiring ending to my Lyme story. Kindly, I have requested that He tie up this crazy journey with a beautiful bow of restoration.
Despite praying, begging and pleading with God to write those precious words, that isn’t where He has taken my life’s story. The ink He pours into my pen continues to be that of pain. Every time He opens a new page it reveals another scene of suffering.
I must be honest, while waiting for healing I’ve become weary. When my tired hand have become too heavy I’ve struggled to pick up my pen and questioned if God has a happy ending planned for me at all. As I’ve been witness to the healing testimonies of others I’ve even asked God, “When will I get my own healing story to share?”
And the sweet, gentle Spirit of my Heavenly Father keeps responding, “Dear Daughter, I’ve already written your story. Don’t you see it? The healing is in your heart.”

"By faith in the name of Jesus, this man whom you see and know was made strong. It is Jesus’ name and the faith that comes through him that has completely healed him, as you can all see.” Acts 3:16

For eight years God has faithfully been penning His healing story in my heart. As often as I surrender my life before His cross and my hand before His blank page, He breathes words of restoration into my empty pen and pours out a story of His glory to tell.
By the blood of God’s Son, Heaven’s perfect Lamb, my heart has been healed. The miraculous, life-changing, transformative power of Jesus Christ has healed me and now I am new.
That is always the very best healing story.
Posted by Stephanie at 12:27 PM No comments: 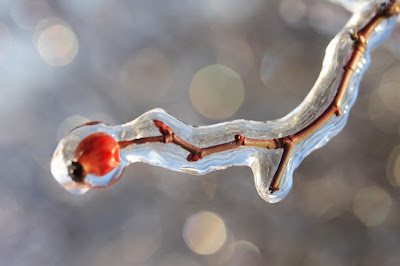 My digits are frigid.
This isn't new news. All ten of my fingers have been trapped in layers of invisible ice for the past eight years. Freezing hands is a chilly side effect of chronic Lyme disease and to be expected at my low weight.
Despite many attempts to bring warmth to my cold fingers they remain stubbornly icy and stiff. In their deepest freeze my whole hand turns blue with translucent white fingers and yellow tips. Even when the temperatures outside are warm and the sun is shining my hands cannot escape their bone chilling condition. My fingers simply refuse to thaw.
The inescapable predicament of my fingers' frozen condition is one I am powerless to change. Until my health is restored and the Lyme battle won, I am trapped in a body with terribly cold hands.
But thank God I am not trapped in a body with a bitter, cold heart.

At the foot of the cross the deep freeze of my heart is broken and warmth is restored to my soul. Because Jesus is alive my heart is not doomed to a fate of inescapable, impenetrable ice. The moment I seek the Spirit of God He is faithful to thaw me by the radiant warmth of His love and grace.
The Son of God's perfect love is the only power on earth that can break through the thickest layers of my stone cold iheart and restore Heaven's everlasting heat.


In the presence the Lord of Life and Love my frigid heart is made new and kept eternally warm.


"If anyone confesses that Jesus is the Son of God, God abides in him, and he in God. And we have come to know and believe the love that God has for us. God is love; whoever abides in love abides in God, and God in him. In this way, love has been perfected among us, so that we may have confidence on the day of judgment; for in this world we are just like Him."

Posted by Stephanie at 4:17 PM No comments: 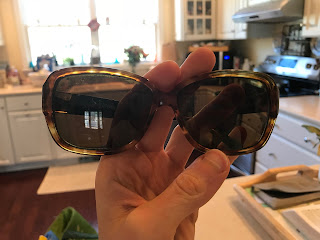 Mom’s prescription sunglasses have been found and the story is nothing short of remarkable.

The sunglasses in question went missing five years ago. Mom’s Elizabeth Arden tortoiseshell frames vanished without a trace. To this day, the circumstances of the disappearance remain vague. It always has been a very mysterious case of missing corrective lenses.
After much futile searching Mom gave up on ever finding her beloved prescription sunglasses with the perfect tint of sun blocking protection.
In due time the lost sunglasses were replaced and the ordeal was soon forgotten.
Until yesterday.
It was underneath a bright blue sky and warm sunshine that the discovery was made. I was seated in the passenger’s seat as Mom pulled the car into the driveway. That’s when a glimmer of bright light caught my attention. Something shiny was reflecting from the bare branches of the front yard’s large fruit tree. I squinted to ensure my eyes weren’t playing tricks on me but there they were. Mom’s pair of missing Elizabeth Arden tortoiseshell frames balancing on the bare branches of the leafless tree.
The glasses that my Mother lost in 2013 survived five winters stuck in the tall tree. They were battered by winds, beaten by rains and covered by historic snowfalls yet they lost not a single lens or arm. The glasses have been found, remarkably, completely intact.

Dear friend, take heart because in Christ, the lost can always be found. By the Almighty hand of God that upholds by the power of the Risen tree of life, the lost are always found remarkably, eternally intact.
Posted by Stephanie at 5:05 PM No comments: